LOL! The OED gets all inclusive for initialisms 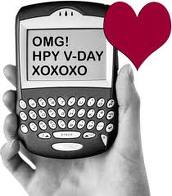 Last week there was a flurry of interest in the announcement by the OED of the latest list of revisions and new words to be included in the dictionary.

The main cause of interest was the inclusion of what the OED describes as some ‘noteworthy initialisms’:

While there were inevitable quibbles from purists who think English is going to hell in a handcart, the OED is surely only reflecting current English usage. Listen to teenagers or engage with people by text or twitter and you’ll see it makes sense to include these terms in the dictionary. You won’t find it in the OED yet, but my 16-year-old daughter is currently using ‘ceebs’ as an abbreviation for CBA – ‘can’t be arsed’ (can’t be bothered). English is fantastically fluid and versatile.

Curiously, some of these initialisms are not as new as most of us thought:

As is often the case, OED’s research has revealed some unexpected historical  perspectives: our first quotation for OMG is from a personal letter from 1917; the letters LOL had a previous life, starting in 1960, denoting an elderly woman (or ‘little old lady’; see LOL n./1); and the entry for FYI [FYI phr., adj., and n.], for example, shows it originated in the language of memoranda in 1941..

The other seemingly contoversial new dictionary entry to grab attention was the verb ‘to heart’ – based on the use of the symbol  ♥ to represent the word ‘love’, as in ‘ I ♥ NY. Fair enough, I say. Apparently it’s been with us since 1984.

My favourite new entry to the OED by far, though, is fnarr fnarr, described by the OED as follows: “a representation of a lecherous snigger popularized in the comic magazine Viz and used adjectivally to denote crude sexual innuendo.” It’s the noise made by comic character Finbarr Saunders who hears double entendres in every conversation. It’s good to see slang and colloquial terms getting the recognition they deserve.